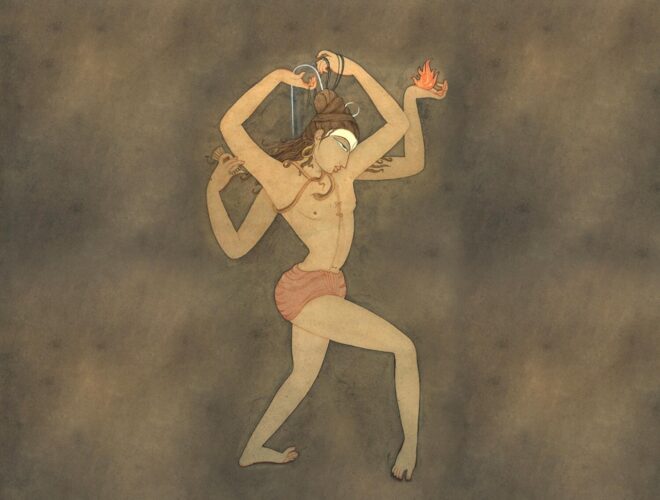 Chief Guest Lecture by His Excellency Sri Akhilesh Mishra, Ambassador of India to Ireland on Contemporary Relevance of Shaivism – 2.40pm to 3.10pm 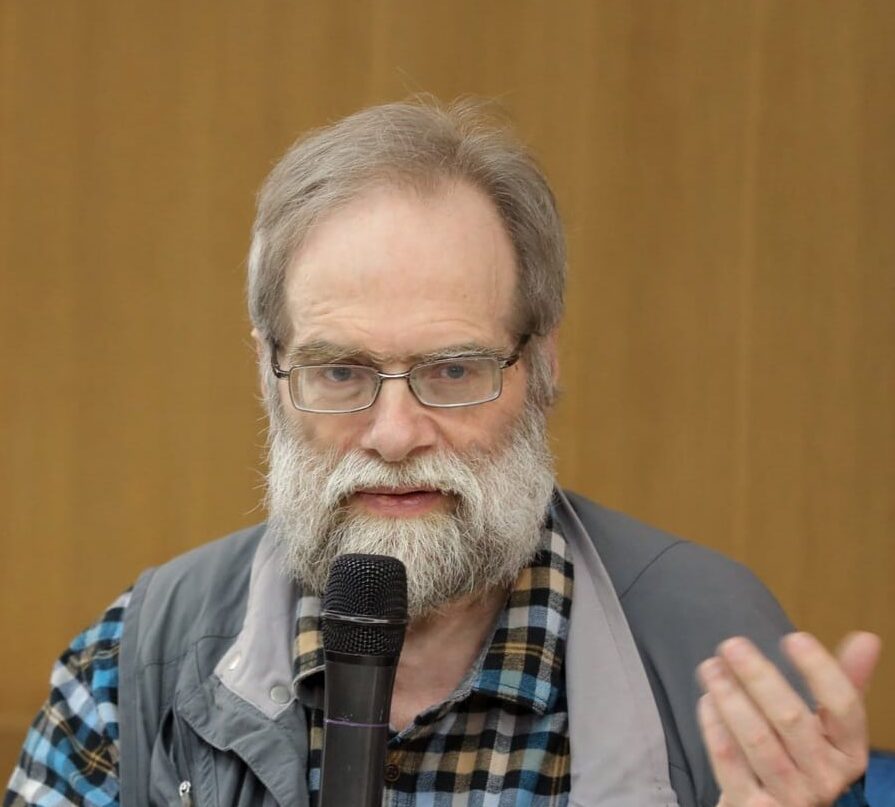 Koenraad Elst (°Leuven 1959) distinguished himself early on as eager to learn and to dissent. After a few hippie years he studied at the KU Leuven, obtaining MA degrees in Sinology, Indology and Philosophy. After a research stay at Benares Hindu University he did original fieldwork for a doctorate on Hindu nationalism, which he obtained magna cum laude in 1998. As an independent researcher he earned laurels and ostracism with his findings on hot items like Islam, multiculturalism and the secular state, the roots of Indo-European, the Ayodhya temple/mosque dispute and Mahatma Gandhi's legacy. He also published on the interface of religion and politics, correlative cosmologies, the dark side of Buddhism, the reinvention of Hinduism, technical points of Indian and Chinese philosophies, various language policy issues, Maoism, the renewed relevance of Confucius in conservatism, the increasing Asian stamp on integrating world civilization, direct democracy, the defence of threatened freedoms, and the Belgian question. Regarding religion, he combines human sympathy with substantive skepticism. 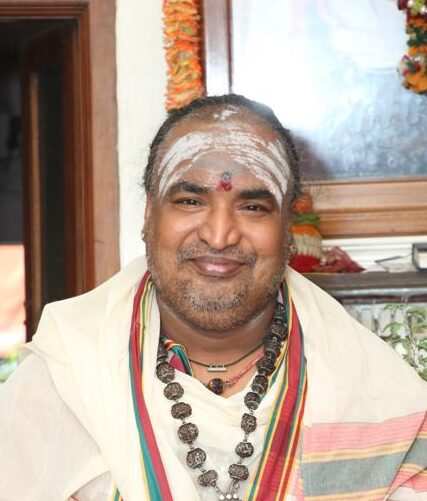 Dr. T. S. Shanmukha Sivacharyar is the hereditary acharya of Sri Kalikambal Temple, Chennai. He is a Siromani from the Madras Sanskrit College. He holds a Masters degree in Sanskrit from the Department of Sanskrit, University of Madras and a PhD for his thesis on 'Utsavas in Kamikagama.' He writes extensively in many publications and seeks to bring ancient wisdom to the modern world. 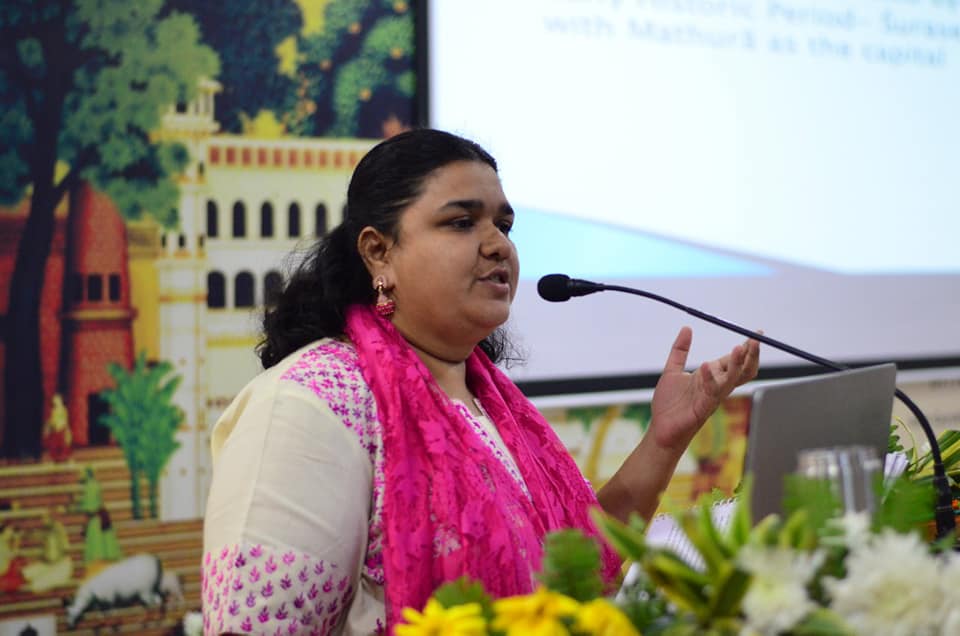 Sneha Nagarkar is currently a visiting faculty at the Department of Archaeology, Centre for Extra Mural Studies, University of Mumbai. She has done her Masters in Archaeology from Deccan College, Pune and holds diplomas in Sanskrit, Museology and Indian Aesthetics from the University of Mumbai. She runs her own cultural education forum called Pancajanya Cultural Heritage Initiatives. She has presented papers in state, national and international conferences. Her fields of specialization are ancient and medieval Vaishnavism, Ancient Indian Art History and Ancient Indian Political, Economic and Religious Histories. Her special area of study is the Mathura Vrindavana region. She has conducted many heritage walks in Mumbai and Vrindavana. She also runs her own YouTube channel and is associated with institutions like Braj Sanskriti Shodh Sansthan, Itihas Sankalan Samiti and Indic Academy. 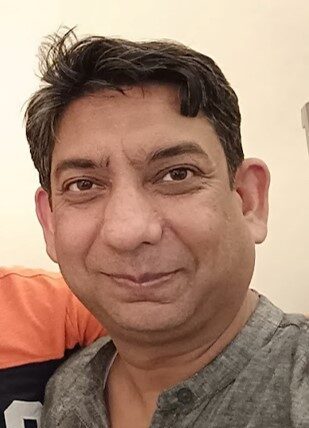 Divay Gupta is leading conservation architect of India and heads the Architectural Heritage Division of INTACH, New Delhi. He has had the privilege and opportunity to be part of a number of prestigious projects in UK, USA, India, Afghanistan, Nepal and Cambodia and have participated in joint UNESCO & ICOMOS missions to World Heritage sites as a conservation expert. His restoration projects in Ladakh have won the SA UNESCO awards of Merit & Excellence. He is an Ad Hoc expert on the International Conservation Committee (ICC) for the cworld heritage site of Preah Vihear in Cambodia. He is a member of National Culture Fund and Advisory committee to Government of India on World Heritage Matters. He was also a visiting faculty and a member on the board of studies of Department of Architecture Conservation at SPA New Delhi. 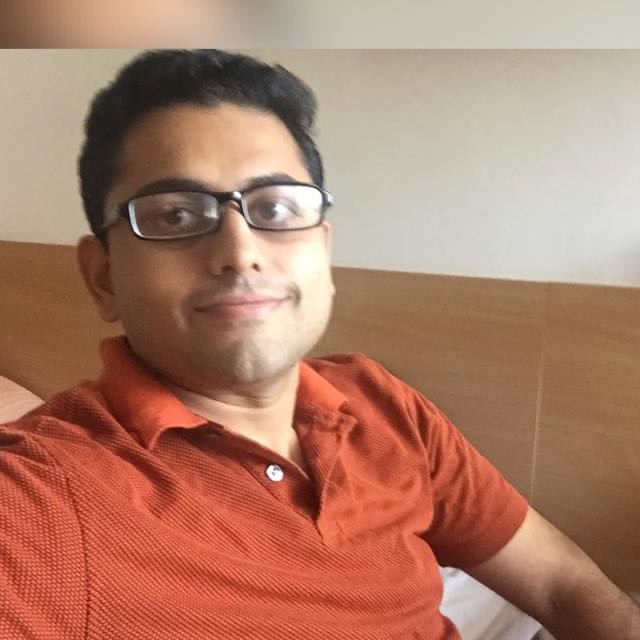 Arvind Kaushik is a doctoral student studying Tamil nationalism and separatism against the backdrop of the Saiva Siddhanta religion. His interest in research of Indian culture grew out of the research programme Vergelijkende Cultuurwetenschap (Comparative Science of Cultures), developed by professor S.N. Balagangadhara of Ghent University (https://gyaana.eu/). This research programme arose out of a deep dissatisfaction of the current social sciences, and aims to develop alternative theories about the Indian culture and traditions, by studying Indian culture against the backdrop of Western culture. 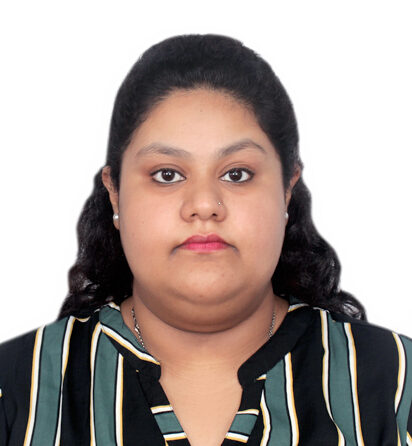 Pratishtha Mukherjee, presently pursuing her PhD in Archaeology and Ancient History from the MS University of Baroda. She has done her Masters in Archaeology and Heritage Management from Guru Gobind Singh Indraprastha University, New Delhi. She has explored the sites of Hastinapur, Bhirrana, Mathura and participated at the excavations of Vejalka (Indus valley Locale, Gujarat), Purana Qila (New Delhi) and more. She has also worked with governmental organizations such as National Museum and National Monuments Authority for various projects. She specializes in ancient art and architecture; iconographical studies and early historical archaeology and has published articles in the same. This paper is an outcome of her interest. 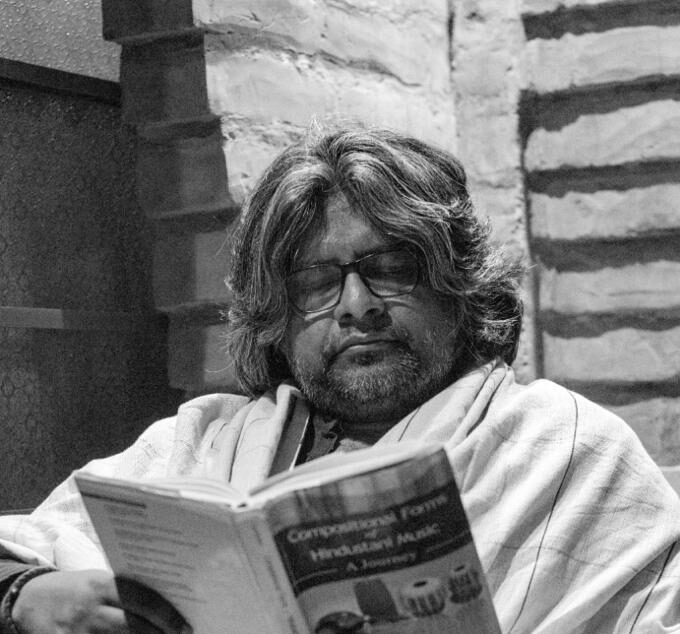 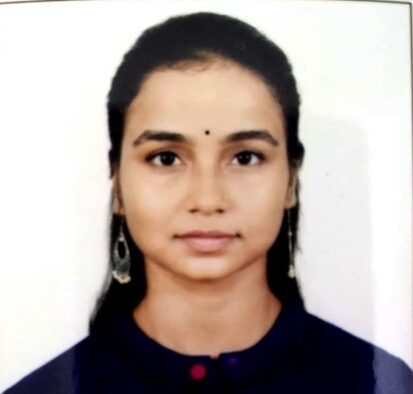 Shreetama Chowdhury has been receiving training in Marga Natya under Guru Piyal Bhattacharya for the past 7 years. She has performed Marga Natya envisioned by Guru Shri Piyal Bhattacharya on Natyashastra-ic principles at prestigious national theatre and dance festivals. A classical dance enthusiast, started journey with the quest to understand the purpose and cause of Mudrabhinaya or the system of Abhinaya with articulated hand gesture. She has been studying musicology for the past 5 years and reading classical texts and manuscripts under his guidance. Additionally, she has currently undertaken an ongoing extensive training of research and reconstruction on Bharata’s principle of Angikabhinaya under her Guru to understand the Indian system of Physical Language in Natya. 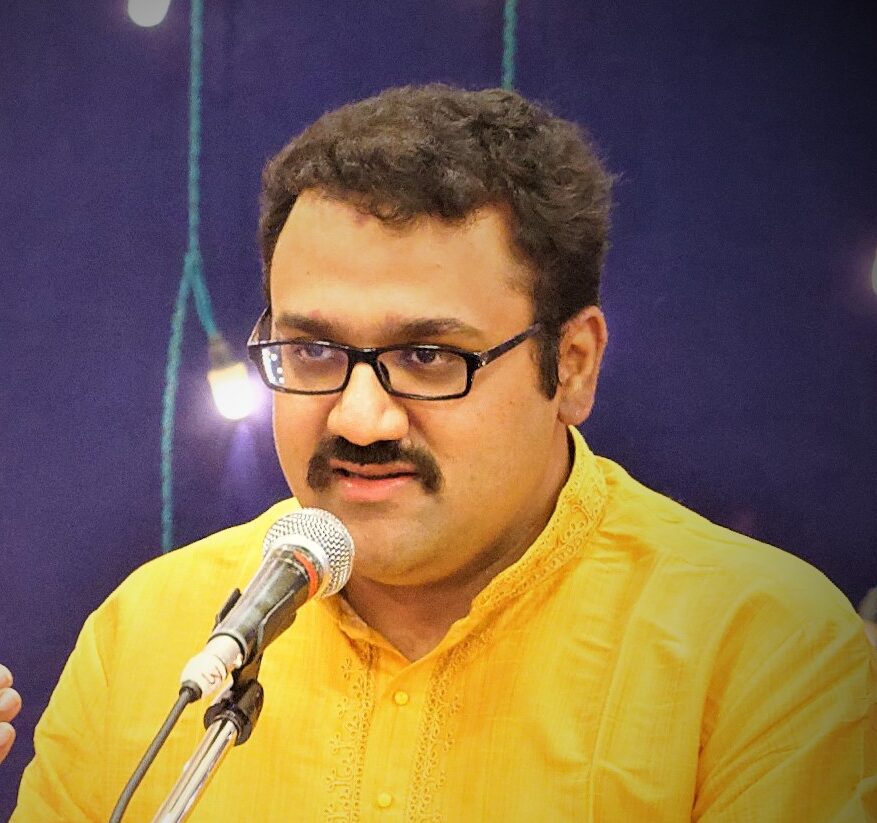 Director of Strategy for a leading MNC in India

Subramanian (commonly referred to as Subbu) hails from a family of Samavedic scholars in the Puthucode village of Palakkad district (Kerala). He is an electrical engineer by qualification and a postgraduate in management from IIM Lucknow. He is currently working as Director of Strategy for a leading MNC in India. He is an M.A. in Sanskrit (Specialization in Vedanta) and Diploma in Manuscriptology, both from the University of Mumbai where he has also been a visiting faculty of Vedanta, Itihasa, Puranas and Bhakti. He has formally studied Veda chanting for 8 years. He is currently pursuing his doctoral studies on ‘Indic perspectives for modern leadership’ from Chinmaya Vishwavidyapeeth. He has several papers and articles to his credit published in various national and international journals as well as presentations in various conferences & seminars. Subbu was initiated into Carnatic music and started his formal training at the age of 13 under Vidushi Smt. Vijaya Vishwanath. Subbu has been giving many lecture-demonstrations and ‘Sangeeta Upanyasam’ (i.e. musical storytelling) combining his interests and skills of music and Indic knowledge. 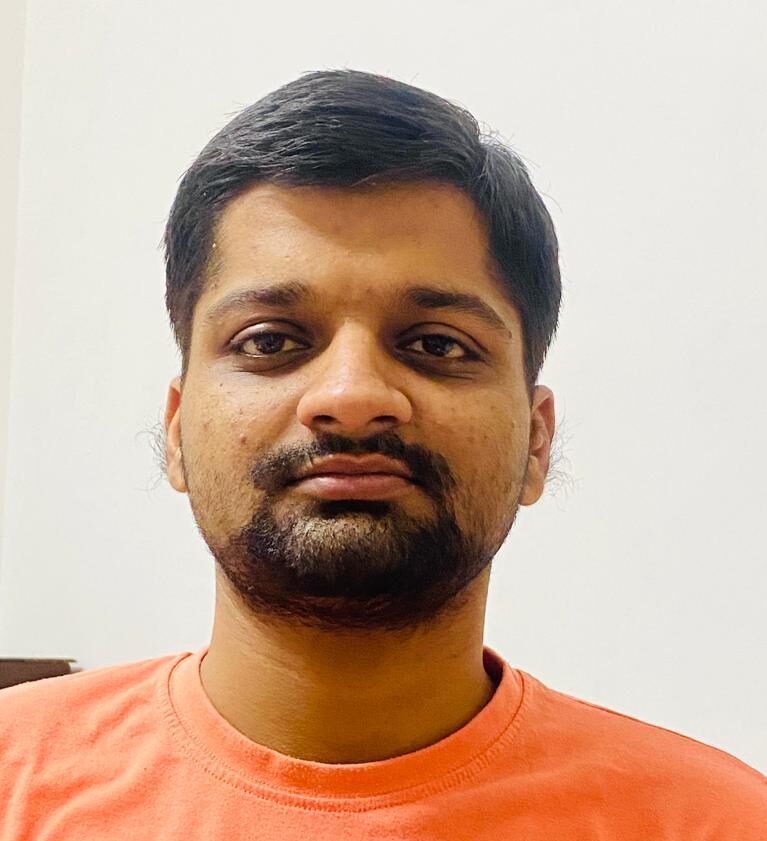 Sumit’s areas of interest are Reading Adhyatmic Books like Ramcharitmanas, Bhagwad Gita, listening discourse, Trying to propagate Sanatan Dharma through "Problem solved out" Method, Eagerness to know about Indian Studies and want to explore those area of Sanatan Dharma which was misinterpreted due to lack of knowledge etc. 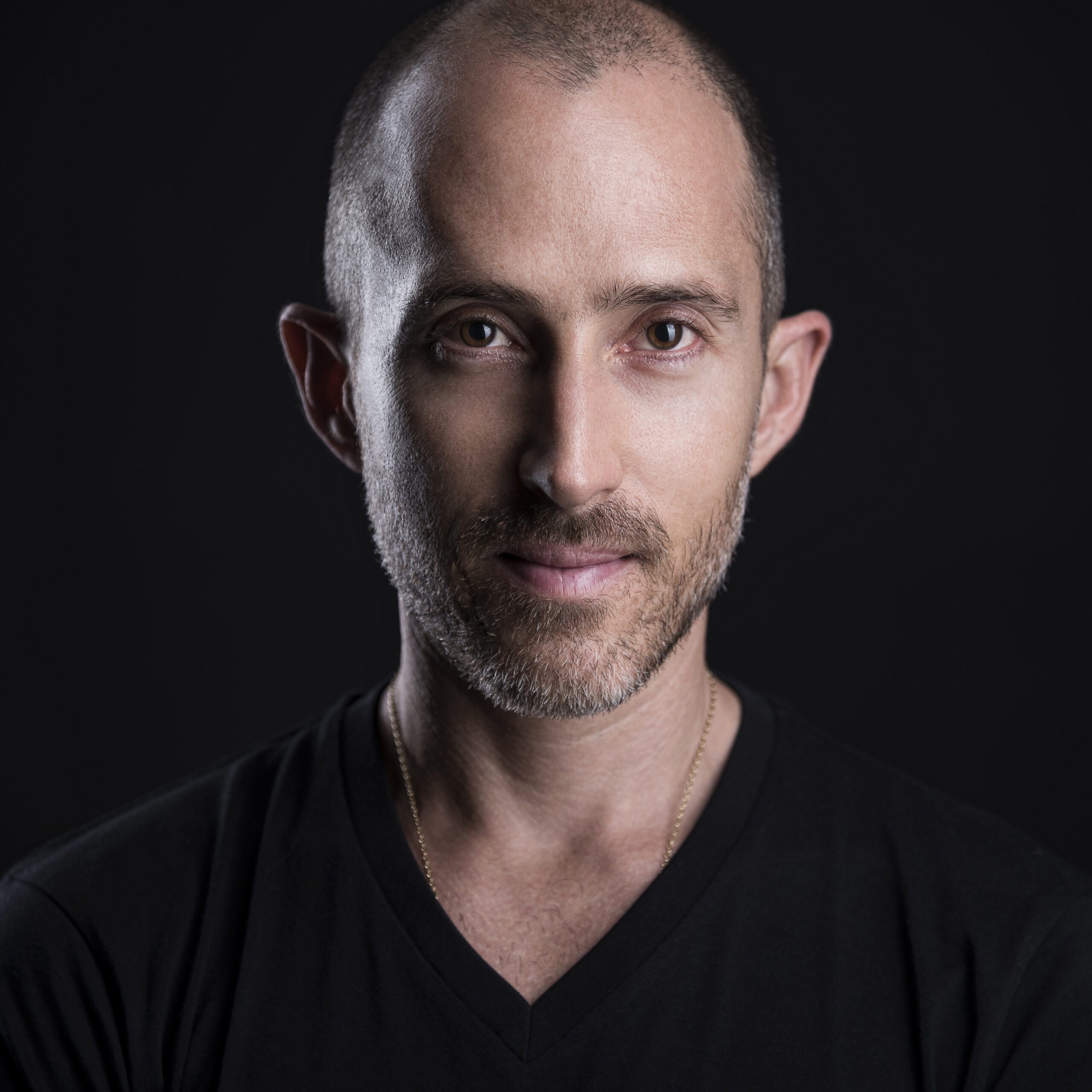 Christian de Vietri is an Australian-born artist who is internationally recognised for his traditional sculptures and large-scale artwork in public spaces throughout Asia, Europe, the USA, and Australia. His most celebrated work is perhaps the 30-metre-tall sculpture titled “Spanda”, which was inspired by the spanda principle in Trika Śaivism and has become an icon of the city of Perth where it is permanently installed. In addition to his experience with contemporary visual art, Christian has undergone rigorous gurukulam training in traditional Indian Art and Architecture under the tutelage of Vāstu Ratna Dr. Jessie Mercay in the Vishwakarma lineage of Dr. V. Ganapati Sthapati. He is also a scholar/practitioner of Trika Śaivism, having been initiated into the practice of meditation by Paul Muller-Ortega. Several streams of knowledge and a wide range of skills come together to form the work of Christian de Vietri, which has been focused on authentically reviving ancient tradition using contemporary technology. His sculptures have been exhibited in galleries and museums internationally His artworks have also been acquired by several public collections. Numerous awards have been bestowed upon Christian de Vietri, most notably he was recognised in Australia with a Citizen of the Year Award for his contribution to Visual Art. 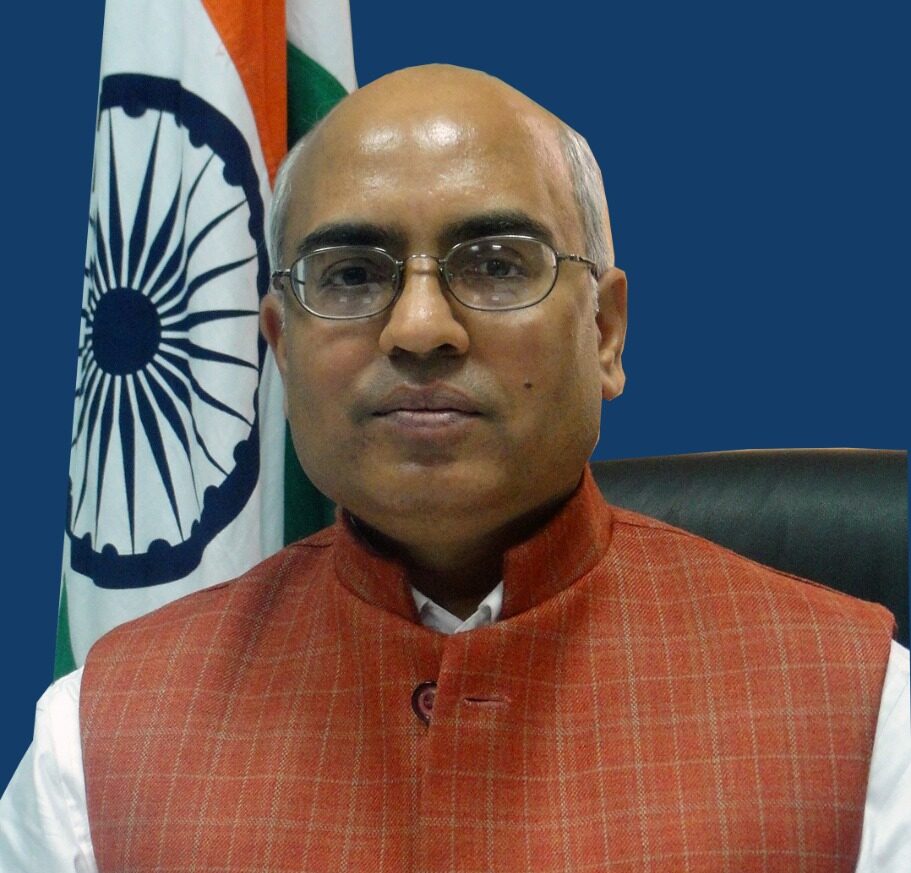 Ambassador of India to Ireland

Ambassador Akhilesh Mishra arrived in Dublin on October 2021. Ambassador Mishra is a career Diplomat. He belongs to the Indian Foreign Service and has over three decades of of rich experience in the entire gamut of Indian diplomacy, covering political, security and geo-strategic affairs; economic & commercial, investment & technology issues; education, research & innovation; cultural & soft power engagements; Indian Diaspora and India’s development partnership with other countries. Before joining the Embassy in Dublin, Ambassador Mishra was deployed in the Ministry of External Affairs as Officer on Special Duty (Political) and Head of Development Partnership Administration (dealing with India’s official development assistance and dialogue on international development issues). Earlier, he was Director General of the Indian Council for Cultural Relations (ICCR), New Delhi. His previous assignments as the Head of Mission/Post/Division include: Ambassador of India to Maldives and Consul General of India in Toronto, Canada; Joint Secretary/Head of Division in the Ministry of External Affairs dealing with India's relations with Nepal and Bhutan and Joint Secretary in charge of Multilateral Economic Relations Division. Ambassador Mishra speaks Spanish, Italian and Nepalese and knows, among Indian languages, Hindi and Sanskrit besides English. Ambassador Mishra holds the degrees of Bachelor of Technology and Masters of Technology, both from the prestigious Indian Institute of Technology, Banaras Hindu University (BHU). He belongs to Varanasi, one of the holiest, most ancient historical and cultural, living cities of India. Besides international affairs, Ambassador Mishra has keen interest in Indian culture, specially Sanskrit Vedic & classical literature, Hindi & Urdu poetry, spirituality, yoga and meditation. 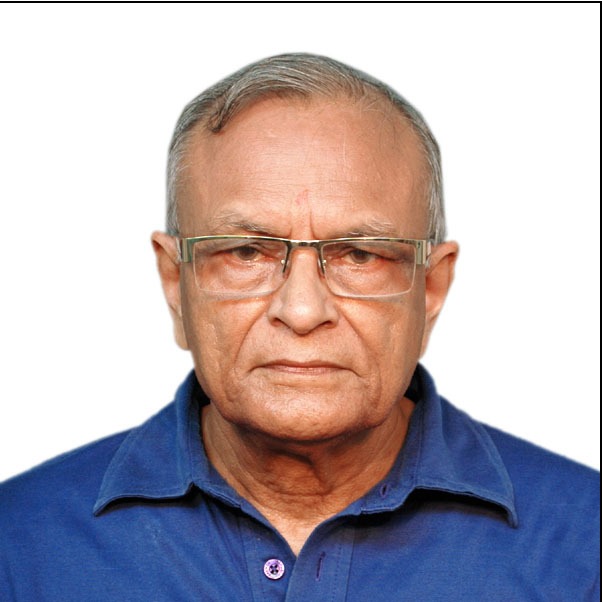 Navjivan Rastogi, a direct descendant in the lineage of K.C. Pandey, is supposed to represent the contemporary ingenious Indian scholarship dedicated to unravelling the profound speculative tradition of Abhinavan thought. Now retired from active service, Rastogi is formerly Head of the Department of Sanskrit and Prakrit languages and Hony. Director of the Abhinavagupta Institute of Aesthetics and Shaiva Philosophy, University of Lucknow. His known works include: The Krama Tantricism of Kashmir, Vol 1; Introduction to the Tantraloka: A Study in Structure; Kashmira Shivadvayavada ki Mula Avadharanayen; and Tantraloka (with the Viveka of Jayaratha, in eight vols., jointly edited with R.C. Dwivedi). His two books are in the press: Abhinava: Perspectives on Abhinavagupta [Essays in Memory of K.C. Pandey] (ed.) and Abhinavagupta ka Tantragamiya Darshanika Cintana: Tattva-jnana, Itihasa, Sanskriti aura Saundarya-vimarsha in the “Darshanika Cintana Srijana Series” of Akhila Bharatiya Darshan Parishad. His current engagements comprise the editing of the volume on Kashmir Shaivism of the Encyclopaedia of Indian Philosophies with Karl H. Potter and English translation of Somananda’s Shiva-drishti for the Indian Council of Philosophical Research.