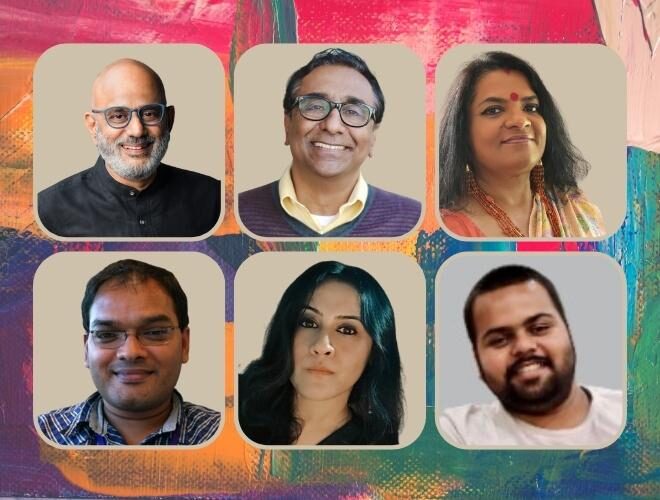 The conversation was around drivers and motivators for the coagulation of dark and negative storylines in Indian OTT as well as theatrical content, the tendency to treat diversity and pluralism as a mere dog and pony show while over-dramatizing victim stories, content that is heavily influenced by and sometimes copied from Western examples, and siloed content broadly limited to patriarchy, caste, politics and sex. The session ended with a question as to why today’s mainstream filmmakers across OTT as well as theatrical content do not make films akin to the ones made by Hrishikesh Mukherjee, K Viswanadh, Balachander, Gulzar and Shyam Benegal, even though such films can be made with smaller budgets and more importantly when that important marketspace is vacant.