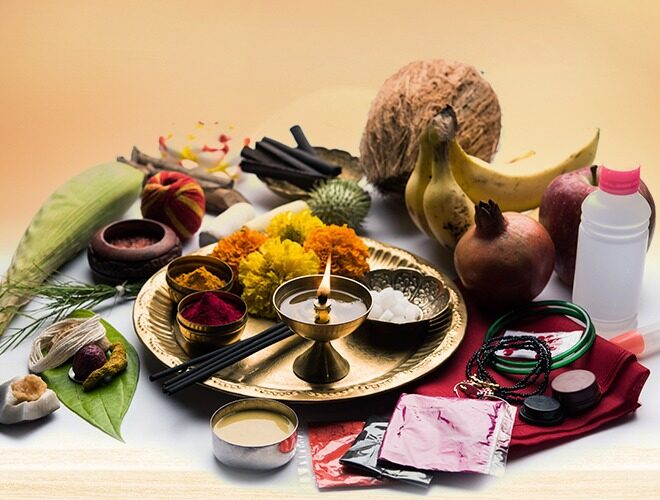 Symposium on Indic Fragrance and Flavours

Sugandha, Surabhi, Parimala, Aamoda are just a few of the numerous Sanskrit words for fragrance, with fragrance occupying significant place right from the Veda mantras through Itihasas, Puranas and Aagamas to ancient Sanskrit poetic works. In the famous and popular Rig Veda mantra “oṃ tryámbakaṃ yajāmahe sugandhíṃ puṣṭi-vardhánam urvārukam íva bandhánān mṛtyor mukṣīya mā ‘mṛtā́t” among the two qualities of tryambaka, the first mentioned is Sugandhi = the fragrant one.

The Yajnas were known for their diffusion of fragrance from the material offered into the fire as offerings to various Devatas. Hindu temple and household worship rituals are characterized by the offerings of the fragrant material through dhoopa, aarati, teertha and prasaada. Ayurveda devotes a significant portion of its wellness system to Aroma therapy outlining the details of different kinds of aromas that can heal various ailments. The Brihat Samhita has chapters on fragrance, Gandhayukti. Indian culinary science always incorporated Sugandha dravyas, i.e., spices in a big way giving Indian cuisine its characteristic flavor. More significantly, it is the Indian spice trade that contributed to the economy during ancient and medieval times compelling Europeans to find sea routes to India. There are detailed descriptions of how herbal powders and pastes were intensely used in the personal daily embellishment of Indians, particularly women. Aphrodisiac effects of fragrance are so well incorporated into the Hindu imagination/mind that Manmatha, the god of eros is viewed as flower-arrowed. In all the rituals and cultural traditions of all the components /strands of the Hindu cultural complex like Vaidika, Jaanapada (folk), Aaranya/ Paarvata(tribal), the fragrant material plays a vital role through their psychosomatic and magical/ supernatural effects.

The symposium is being organised in collaboration with Vigirom Pvt Ltd ( VPL) Bengaluru. VPL was established by Late Sri K. Vijayakumar, a veteran of the Indian Perfume Industry.  Sri K. Vijaykumar who studied in the School of Perfumery, France was also well versed in the use of fragrances and flavours in the Indian ethos. He was very keen on exploring this topic as it has not received due attention from the scholars. INDICA is now pleased to collaborate with Vigirom in organising this event and bringing his desire to fruition. The event will be held on 29th October.