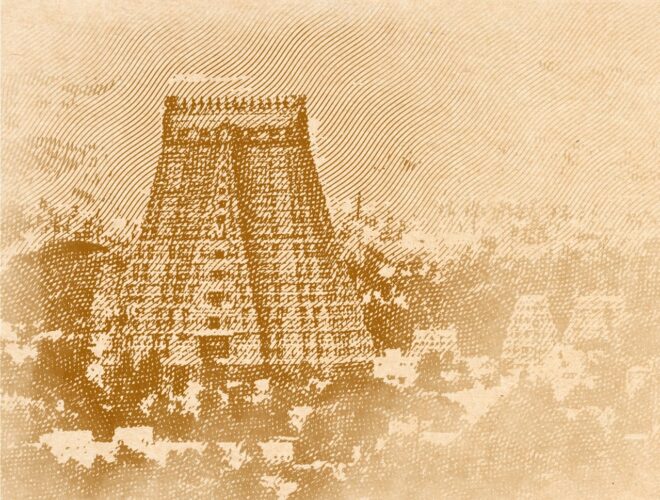 Thirtha Yatra and Conference on Vaishnavism at Srirangam

Vaishnavas, who follow the centrality and/or supreme position of Vishnu in Hinduism/Sanatana Dharma, make up a significant portion of the Hindu population. There are various Vaishnava traditions present throughout the Indian subcontinent and beyond. They come from diverse backgrounds including peasant, artisan, priestly etc. They can be found in all types of settlements, including urban, rural, and forest-dwelling. According to a 2010 estimate, Vaishnavas constitute the largest Hindu tradition, making up approximately 67.6% or 641 million of Hindus.

The antiquity of Vaishnava traditions is a subject of debate, with two main perspectives: the tradition insider’s view and the historicist view. Tradition insiders believe that the origins of Vaishnava paramparaa can be found in the Vedas themselves, interpreting certain Veda mantras dedicated to Virat Purusha, Narayana, etc. as Vaishnava mantras. They understand the Vedas as expressing a single united Devataa through multiple devatas, and identify that Devataa as Vishnu-Narayana, making the Vedas the origins of Vaishnava Paramparaa. Many Vaishnava traditions also place great significance on the Maha Bhagavata Purana and other Puranas as guiding scriptures for understanding the Vedas and Vedanta. On the other hand, historicists argue that the ancient emergence of Vaishnavism is unclear. They hypothesize that Vaishnavism is a fusion of various regional, non-Vedic religions with Vishnu, and that it emerged as a merger of several popular Bhagavata cults of Vāsudeva-Krishna and Gopala-Krishna, and Narayana, which they consider as non-Vedic, theistic traditions. They estimate that this fusion occurred between the 7th and 4th century BCE, and was later integrated with the Vedic God Vishnu in the early centuries CE, ultimately becoming known as Vaishnavism. However, it is known that the concept of Bhaagavata, as an individual dedicated to Bhagavaan and Bhagavaan as Deva-Deva or Devaadhideva, the supreme Devata, and that Devadeva being Vaasudeva(-Krishna) is documented in the Heliodorus Pillar inscription dated 113 BCE. It is also acknowledged that the Alwars and their Krishna bhakti tradition, Paancharaatra tradition, and Vaikhaanasa tradition precede Sri Ramanujacharya’s propagation of Sri Vaishnavism.

Conference :
We are excited to announce a conference on Vaishnavism and invite scholars to delve into the influence of Vaishnavism on Indian culture, covering topics such as:

Thirtha Yatra:
At INDICA we classify Indian Knowledge Traditions into three categories; Textual, Embodied and Experiential. We strongly believe that scholars seeking to pursue Textual knowledge should simultanesouly also seek to pursue Embodied and Experiential Knowledge. Only when students straddles all three forms of learning, will the benefits of Indian Knowledge Traditions especially by way of inner transformation acrue to them. We therefore organize our conferences at venues that are closely linked to the theme. The conference on Vaishnavism was initially planned to be held in Vrindavan, but due to the lack of a local collaborator, the venue has been shifted to Srirangam, home of the famous Sri Ranganathaswamy temple. The conference will now take place on April 29th and 30th, 2023.

INDICA will cover travel and accommodation for selected paper presenters. Abstracts of 250-500 words should be submitted to namaste@indica.org.in by February 15th, 2023. Papers that offer a fresh perspective on the listed or any other aspects of Vaishnavism and are well-researched with references will be selected. Selected scholars should submit their full papers by March 30th, 2023.

Sri Nagaraj Paturi, Senior Director of INDICA, will serve as Chief Curator of the conference. Co-Curators will be announced at a later date.