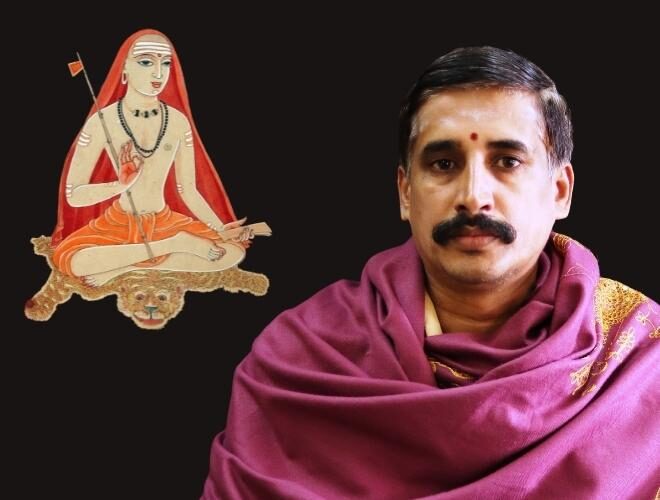 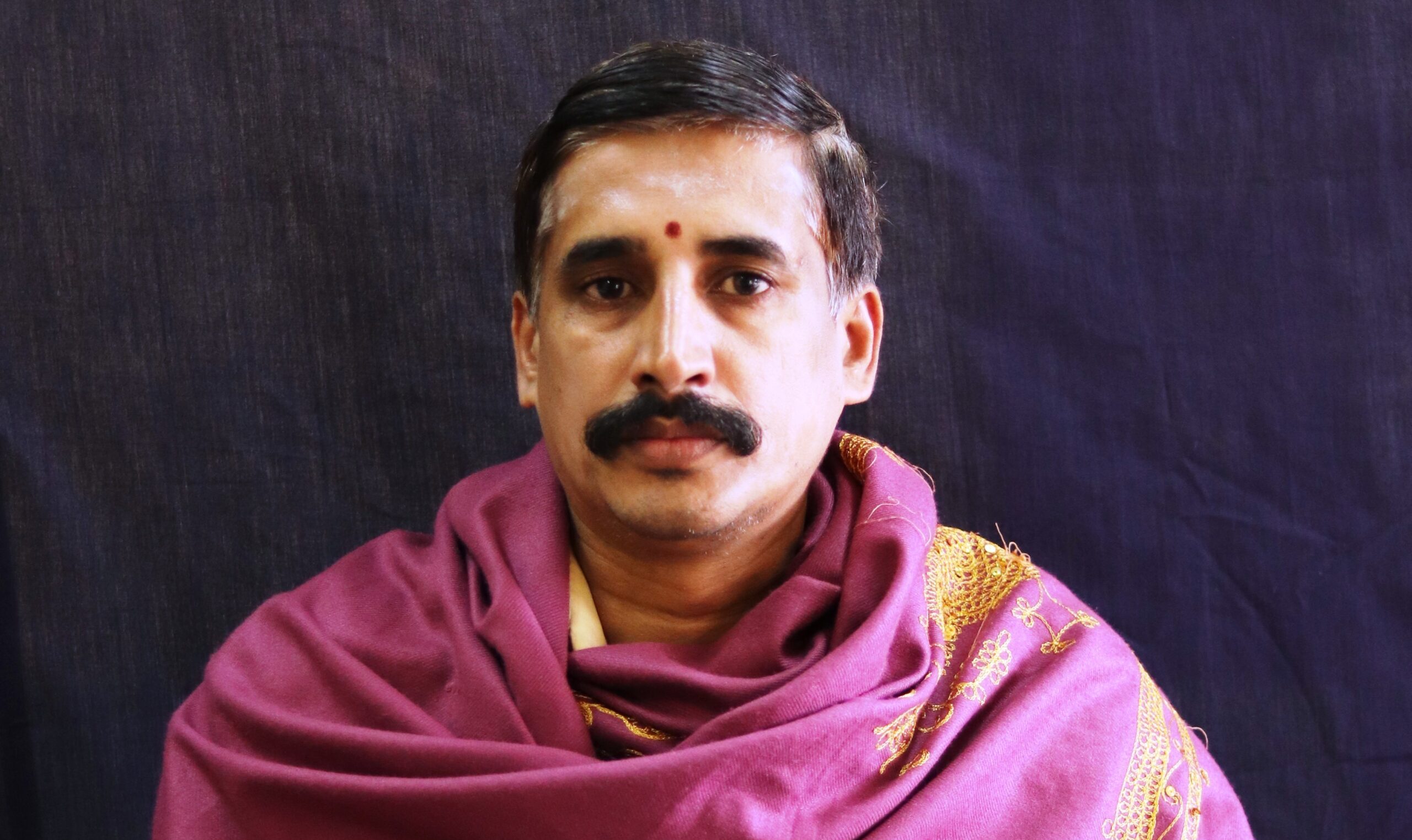 Dr Ganesh Ishwar Bhat is the Associate Professor in Advaita Vedanta, Rashtriya Sanskrit Sansthan(Deemed University) Rajiv Gandhi Campus, SRINGERI. Born in Sirsi, North Kanara Dist. Karnataka. He had his Krishna Yajurveda adhyayana at Swarnavalli Mutt. After studying Advaita Vedanta under HH Sri Gangadharendra Saraswati Swamiji, he has qualified in the title examination Vidwan (M.A) from Karnataka Sanskrit University and M.A. in Sanskrit from Karnataka State Open University, Mysore. He received vidyāvāridhi (Ph.D.) degree from the Rashtriya Sanskrit Vidyapeetha Tirupati, for the thesis namely A Critical Study of Advaita Philosophy in Vishnupurana on the basis of Sridhariya Commentary. He completed his Shikshashastri ( B Ed) in Rajiv Gandhi Campus Sringeri. He has edited 7 books and has written several research articles in Sanskrit and Kannada language. He has delivered lectures in several religious programs & participated in many Vakyarthasabhas and Kavigoshthis in different parts of the country.