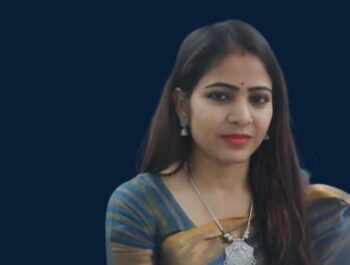 The INDICA Center for Indic Studies in Law & Justice (CISLJ) presents a conversation with Dr Pratibha Shastri on the 28th of October 2022 at IST 1800 hrs. This conversation intends to put the spotlight on some aspects of her book धर्मसूत्रों में नागरिकों के कर्तव्य और अधिकार (roughly, Duties and Rights in Dharmasūtra-s) published in 2016 by Vidyanidhi Prakashan (New Delhi). Amongst other things, Dr Shastri, in her book, engages with the scope of the term nāgarika. Was nāgarika (loosely, citizen) a status limited only to human beings or is there evidence that attest to a broader and a more inclusive scope of that term? What can one learn about what was considered duties and rights in the Dharmasūtra-s? Join us to understand her textual-evidence based perspective in response to these questions and more. This conversation will be primarily in Hindi. 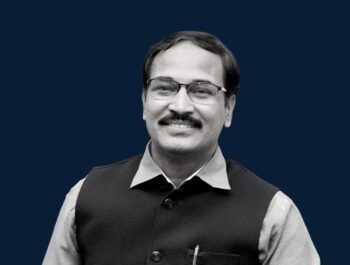 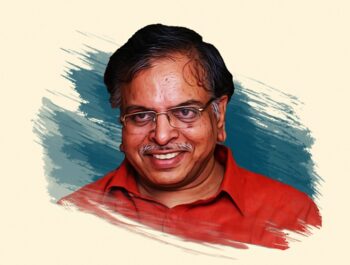 The INDICA Center for Bharatiya Languages (CBL) will host a conversation with Dr Nagaraj Paturi on October 6th 2022 (Thu) at 1600 hrs IST. This conversation intends to serve as an introduction to some facets of Telugu literature. Telugu is one of six indigenous languages recognised as “classical”  (see https://pib.gov.in/newsite/PrintRelease.aspx?relid=103014 for the criteria adopted to declare a language “classical”) by the Government of India, a status it received in 2008. As per Census 2011, there were then a little over 80 million speakers of the Telugu language, about 87% of them in Andhra Pradesh (now Telangana and Andhra Pradesh). In this conversation, Dr Nagaraj Paturi, a multi-faceted, multilingual scholar, an educator with over 30 years of teaching experience at the post-graduate level and a native speaker of the Telugu language, will not just introduce the vast, growing, and thriving literature in Telugu but also discerningly analyse how the language’s history, which spans well over millennia, has been written. 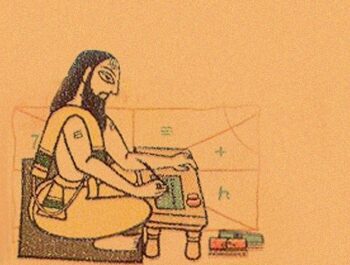 Vyākaraṇa arose as the discipline of words, and ever since, has served as the grammar of thought itself. In antiquity, Vyākaraṇa is close to the revelation of the Veda itself. In purpose, it is intended to serve the living Veda as a living organ (Vedāṅga). The organic unity of the Vedāṅga disciplines concerning words, can be seen from the very births of these disciplines. The definitive Vyākaraṇa text, the Aṣtādhyāyī, contains within itself the Dhātupāṭha which also finds application in the Vedāṅga called Nirukta (Etymology). The Aṣtādhyāyī’s author Pāṇini is also the author of an authoritative text of the Vedāṅga called Śikṣā (Phonetics). Sounds and words are central to these Vedāṅga disciplines, and their scope accordingly encompassed everything in the world that sounds and words can identify and express. In how their works on Vyākaraṇa and Nirukta have the world itself as their subject matter, Pāṇini and Yāska can rightly also be counted among the earliest encyclopedists. Later luminaries in Vyākaraṇa such as Patañjali and Bhartṛhari also concerned themselves with the question of how the nature of objects can be truly described in words in a manner intelligible to other persons, thus expanding the scope of Vyākaraṇa well beyond Linguistics into Ontology and Epistemology, and also Psychology.

The Aṣtādhyāyī of Pāṇini remains the abiding gold-standard of the Sūtra format ubiquitous in Śāstra literature, be it geometry in the Śulba-sūtra or the foundational Sūtra texts of the Ṣaḍdarśana schools such as the Nyāyasūtra, Yogasūtra and Brahmasūtra. Though Vyākaraṇa has itself not been named as a school of Philosophy among the Ṣaḍdarśana-s, its indispensability to philosophical inquiry and the study of any Śāstra is extensively acknowledged. A dual foundation for the study of all disciplines, be they in the Natural Sciences or Social Sciences or Arts, is said to comprise of Kāṇāda (i.e. Logic, as formulated in the Nyāya-Vaiśeṣika systems) and Pāṇinīya (i.e. Words, under the discipline of Vyākaraṇa). All textual study is said to require investigation and understanding at the three levels of Pada (words), Vākya (statements) and Pramāṇa (proof), which are respectively the subject matter of the disciplines of Vyākaraṇa, Mīmāṃsā and Nyāya. The utility of Vyākaraṇa as an interpretive tool for Sūtra texts, is on impressive display in the commentarial texts relating to the Nyāyasūtra, Yogasūtra and Brahmasūtra by the polymath Vācaspatimiśra. Competence in Vyākaraṇa remains a prerequisite in the Vākyārtha format of scholastic discussion in any traditional Śāstra. A school of Philosophy outside of the Ṣaḍdarśana-s where Vyākaraṇa has had a uniquely distinct impact,  is the Trika school, commonly referred to as the Kāśmīra Śaiva school. A fundamental subject of investigation as well as reverence in the Trika school is Vāk (the potency and phenomenon of Speech) based on the conceptualization in Vyākaraṇa texts like Bhartṛhari’s Vākyapadīya. The polymath Abhinavagupta is a representative of the Trika school, who like Vācaspatimiśra before him, adeptly wielded Vyākaraṇa as a tool of textual interpretation and philosophical inquiry.

In the vast corpus of Sanskrit poetry, the deepest and loftiest of emotions are given utterance with barely any lapse from the order of Chandas (prosody) and of Vyākaraṇa. The Itihāsa-s, namely the Rāmāyaṇa and Mahābhārata, are in a class of their when it comes to their cultural legacy, and also when it comes to how language is used in them. Usages in these epics that apparently depart from the Pāṇinian standard have traditionally been designated as ārṣa-prayoga (usage of the seers) and can in their own right be a complementary source of understanding of the use of language and its effects on human minds. In the world of the epics, practical knowledge of Vyākaraṇa is seen to be prized (as in Rāma’s praise of Hanumān’s gift of speech during their first encounter) and the terminology of Vyākaraṇa is familiar enough to supply metaphors in conversation (as Kṛṣṇa draws on in Bhagavadgītā 10:33). Sanskrit poets from Bhāsa onwards all the way to contemporary āśu-kavi-s (extempore poets) in Sāhitya-avadhāna settings have exercised immense creative freedom in content and style, without the need for the sort of poetic licence that resents or neglects Vyākaraṇa. This simultaneous commitment to the art of poetry and science of grammar is strikingly illustrated in the Bhaṭṭikāvyam, a poetic retelling of the Rāmāyaṇa which also serves the pedagogic function of teaching Vyākaraṇa through carefully designed examples.

Vyākaraṇa has through the ages been the archetypal scholastic endeavour, supplying a template for Śāstra-s to develop their formalisms, and supplying a basis of intelligibility for Kāvya to then expand the scope of expression. The symposium proceeds with to emphasis on Vyākaraṇa as applied in other Śāstra-s and Kāvya after an analysis of some key texts considered pivotal to the study of Vyākaraṇa as a meta-discipline. 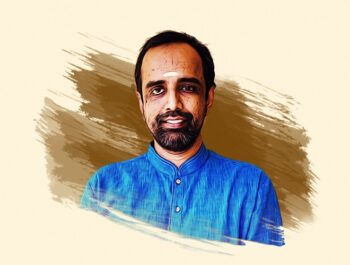 This INDICA CBL talk looks to foreground some aspects of an important new Tamil translation, by Dr Jayaraman Mahadevan, of the Sanskrit text Hathayoga-Pradeepika. Written in the fifteenth century by Yogi Svatmarama, the Hathayoga-Pradeepika continues to serve as a guide to current-day yoga practices. 15 Asanas, 6 Kriyas, 8 Pranayamas, 10 Mudras, and Meditative practices such as Nadanusandhana are explained in this book. After about 120 years, this book has now been translated by Dr M Jayaraman for present-day Tamil readers. This conversation will also be of particular interest for those watching the niche space that is the intersection of Tamil and Sanskrit, both being amongst languages of profound significance to literature (and more) indigenous to the Indian subcontinent. 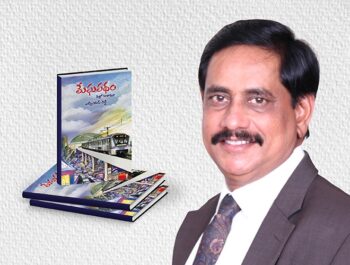 Meghapatham’ which means ‘Path in the clouds’, is an anthology of poems penned by Mr.NVS Reddy, a senior bureaucrat and Managing Director of the Hyderabad Metro Rail project. Hyderabad Metro Rail is a challenging mega engineering project successfully executed against innumerable hurdles under his stewardship. With the subtitle ‘Metro Kavita Jhari’, Meghapatham consists of 58 poems written in ‘Matraachchandassu’(Meter). This anthology is a reflection of his passion, trials and tribulations, and struggles and achievements in a poetic form. Each poem depicts as to how a major challenge was tackled, hurdle crossed or a sensitive issue resolved in making the dream project a reality. Apart from it’s poetic beauty, the book contains many valuable lessons for engineering and management students and practitioners. Some renowned Telugu scholars/poets who reviewed the book found it to be a unique ‘long poem’, which moulded a difficult engineering theme into beautiful poetry. 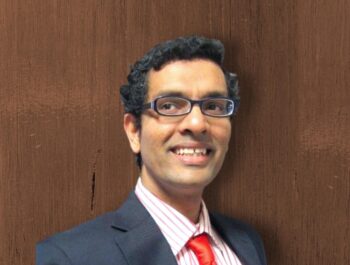